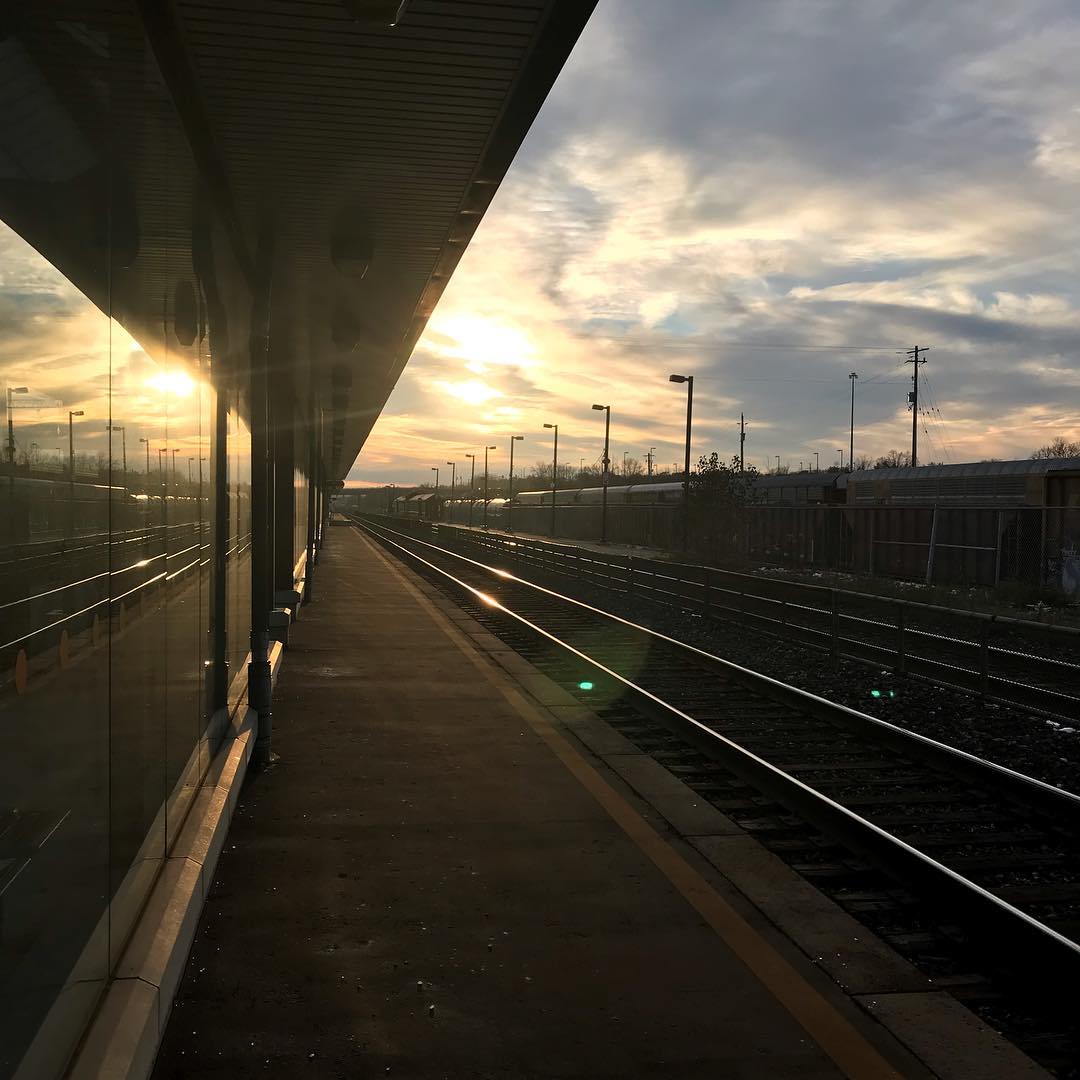 Last fall, we went down to one car. This has meant a shift in my lifestyle from car dependence to walking/transit independence.

It may seem I have those descriptors backwards, but I do not.

I do plan my life much more carefully now, but I feel more stress free taking transit. I feel more reliant on myself, which I know is the complete opposite to how most people feel when they give up their car.

I am actually less rushed; I often did not give myself sufficient time to travel when I drove. Now, I make sure that I give myself more than ample time to get from point A to point B, especially during the winter or taking the subway (sorry TTC, but your reliability is not very, well, reliable).

Each work day, I take a GO train and then a GO bus to McMaster. There are the ‘regulars’ in the morning; the man who waits in a shelter with me at the GO station – he works outside doing roofing. We have a chat each morning and it’s amazing what can be summarized about life in 3-5 minutes.

On the train, there are not a lot of people going out of the city towards Hamilton, but there’s the guy whose already on the train when I embark; he’s always got a big coffee and when, on occasion, a friend gets on the train, it’s apparent he also has a very big voice (to hell with the Quiet Zone signs).

There’s a girl on the mid level and she’s always asleep when I board. One day I thought I might have to follow the directions of the ‘customer service ambassador’ who says to “give a little shake if you see a fellow passenger sleeping”. Fortunately the girl woke up on her own.

Of course, the train ride is always made interesting by that one special customer service ambassador who thanks us for “choo-choo-choosing GO” just before we leave the train at Aldershot.

Coming back home is a little busier, especially if there’s a hockey, baseball, TFC or basketball game. The Quiet Zone (the upper level of the GO during rush hour) is completely shot to hell then. Little kids are super excited to be going to the game which is completely endearing.

There may be a wee bit of alcohol involved in the small clusters of other groups heading to the game which makes for some interesting overhead conversations (and absolutely no reading accomplished).

That’s my excuse and I’m sticking to it.

What’s really interesting to me is that when I take the GO train from Toronto to Mississauga on Fridays (after my writing workshop), there is NO TALKING at all in the Quiet Zone; people police others. I have seen many people remind others about the Quiet Zone and seen it escalate beyond polite reminders.

The subway (and the streetcar maybe too) are the best for people watching. I find it fascinating to watch how people interact with each other: men towards women; men towards other men; everyone toward people with disabilities or otherwise marginalized; how people behave toward the elderly; interactions (overt and hidden) between people of different races – you name it, take two stops on any subway and you will see it play out.

I have taken some of my commuting time to acknowledge my own prejudices and try to unpack them. When someone is fidgety and agitated, am I concerned for them or me? Is the concern for me stem from the fact they are unkempt? Because their skin colour is something other than white? What if it was a white man in a business suit?

It’s not always a comfortable answer, but the questions are pretty damn important to consider.

Another large portion of my time is spent observing people – like the man who was reading over a woman’s shoulder and, fortunately (I guess), was a faster reader than her, so he was never left behind. I wonder if he went and bought the book?

Next to the reader was a woman who was taking frequent, long swigs out of a bottle. Not a bottle in a brown paper bag. A large bottle of dark rum (straight up) that she took out during pauses in doing crosswords in a little booklet.

Generally, people on transit are friendly or, more often, neutral. I smile, usually people smile back. I greet the drivers, they say hello back. I’ve been offered a seat by young(er) people on more than one occasion. I’m never sure how I feel about that – it’s lovely and sweet, but am I really that old? I tried to decline once and the young man said his mother would be very upset if he was sitting and I was standing. So now I sit when a seat is offered.

I’m not sure, but maybe these people will help me create truer characters in future writing.

“I’m not sure he’s wrong about automobiles,” he said. “With all their speed forward they may be a step backward in civilization – that is, in spiritual civilization. It may be that they will not add to the beauty of the world, nor to the life of men’s souls.”  – Booth Tarkington