The most important thing in life is to give out love, and to let it come in. – Morrie Schwartz

In the summer of 1981, I met the love of my life. He literally walked through a door, and that was it. Not that I had a clue, at 18, that this was IT. And not that the road has always been smooth, but it has been worth every moment, whether it has been a good, bad or indifferent moment.

Ours is not some tale of love lost and found, or full of great struggles or tragedy. Instead, it’s just a simple story of two people who somehow beat the odds and have come through the other side. Happy. Together.

How it came to be that our paths even crossed was luck as my sweetie grew up in Ontario, whereas I was born in Alberta. Yet, he took a job in Calgary once he was done his first jaunt in the post-secondary world, and I happened to be doing temporary secretarial work at the firm where he was hired.

It’s funny. We never planned anything much. Things just happened. We dated for a couple of months, and then he needed a new apartment and my mother needed her space. (We always say it was my mom’s idea that we live together – so scandalous at the time; so “neh” today.) So, we got an apartment. We used furniture loaned to us by family or acquired from other tenants when they were too lazy to move it.

Somewhere along the line, I thought we should make it official. So I proposed. No big dreamy fairytale, just a practical decision that led to a short engagement and a (very) small wedding. My fairytale. Two days after the wedding, I was back at work. 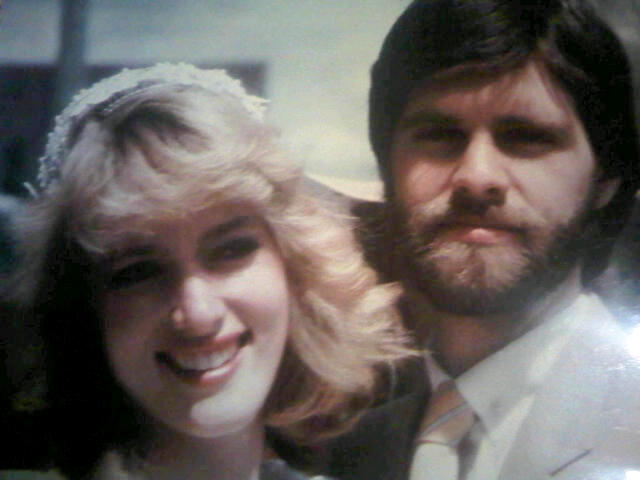 Two months later, we were driving across the country so Tim could complete his degree at the University of Toronto. The first 6 years of our marriage included the degree completion, new jobs and a new home. And then we started our family, first Kyle and then Laura. So the adventures really began.

This summer marks 31 years since we met. Sometimes it feels like yesterday and I feel like that 18-year-old. Generally, though, I feel like I have lived my life with my best friend and we have walked the path of our life together and he does so with my best interests and happiness as his goal. We continue to be very different people, but two people who laugh often and appreciate how very, very lucky we are.

In 4 days, we will celebrate our 29th anniversary. How lucky are we?

2 thoughts on “The most important thing in life…”