“When you have seen one ant, one bird, one tree, you have not seen them all.” E.O. Wilson

My son, who is in graduate school, studies and researches ants. Once in a while, I get a glimpse of what his work entails.
In the summer of 2010, I spent a couple of days at the research site where he was working, north of Toronto. Part of each day was spent collecting ants. In this case, collecting ants meant that you sought out a colony, often under a dead log, placed the log and surrounding dirt in a container and then you sucked up the ants using an aspirator. 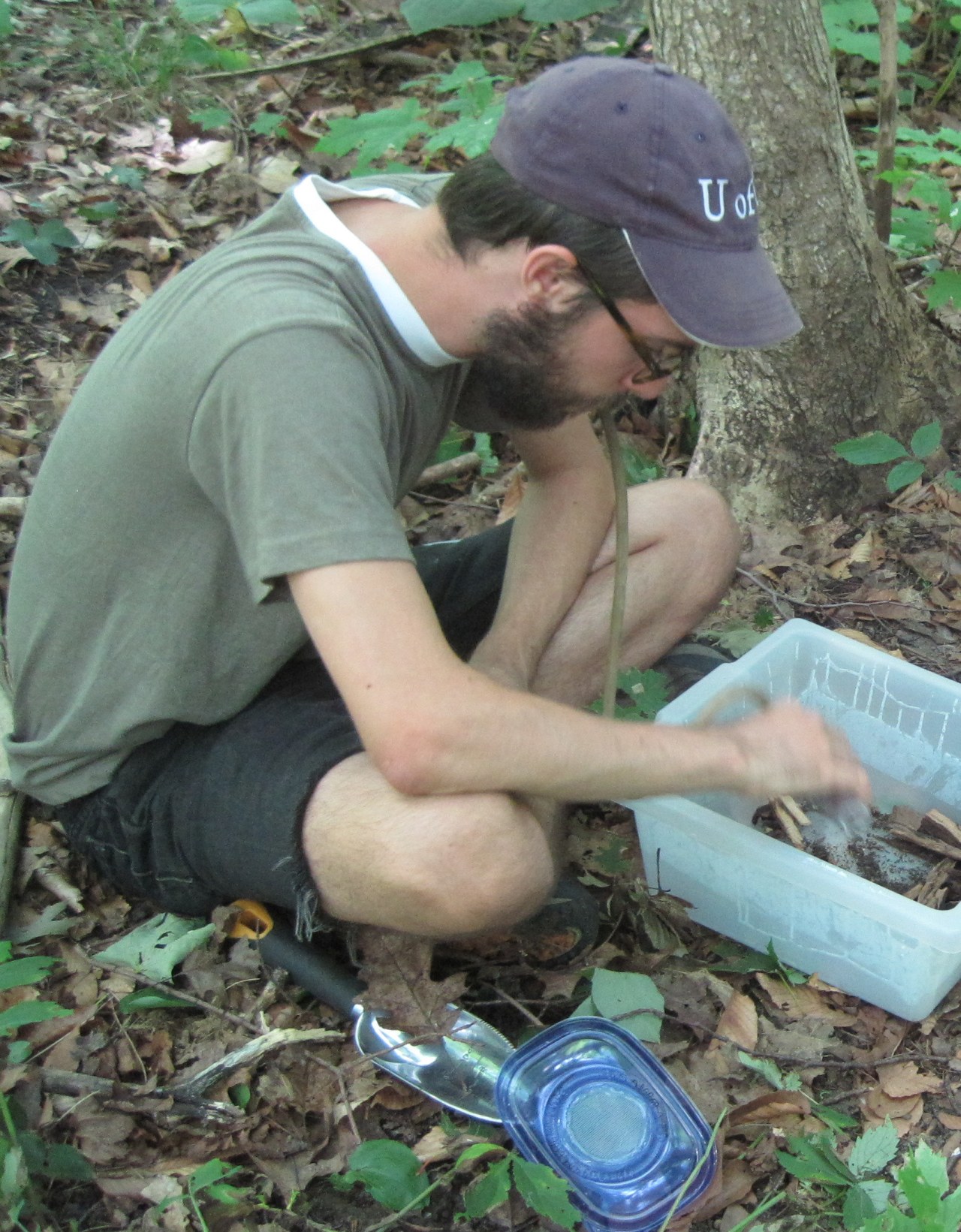 While this may not be your idea of a good time, I loved it. Maybe not the part where some dirt got through the aspirator, but watching my son working, well that was beyond words.
Today, I had another opportunity to get a glimpse into the world of ants.

As my son begins an experiment to determine if a particular chemical impacts the foraging behaviour of ants, he needed to know how many ants were in each of the colonies he has been keeping. So, today we had an ant photo shoot. 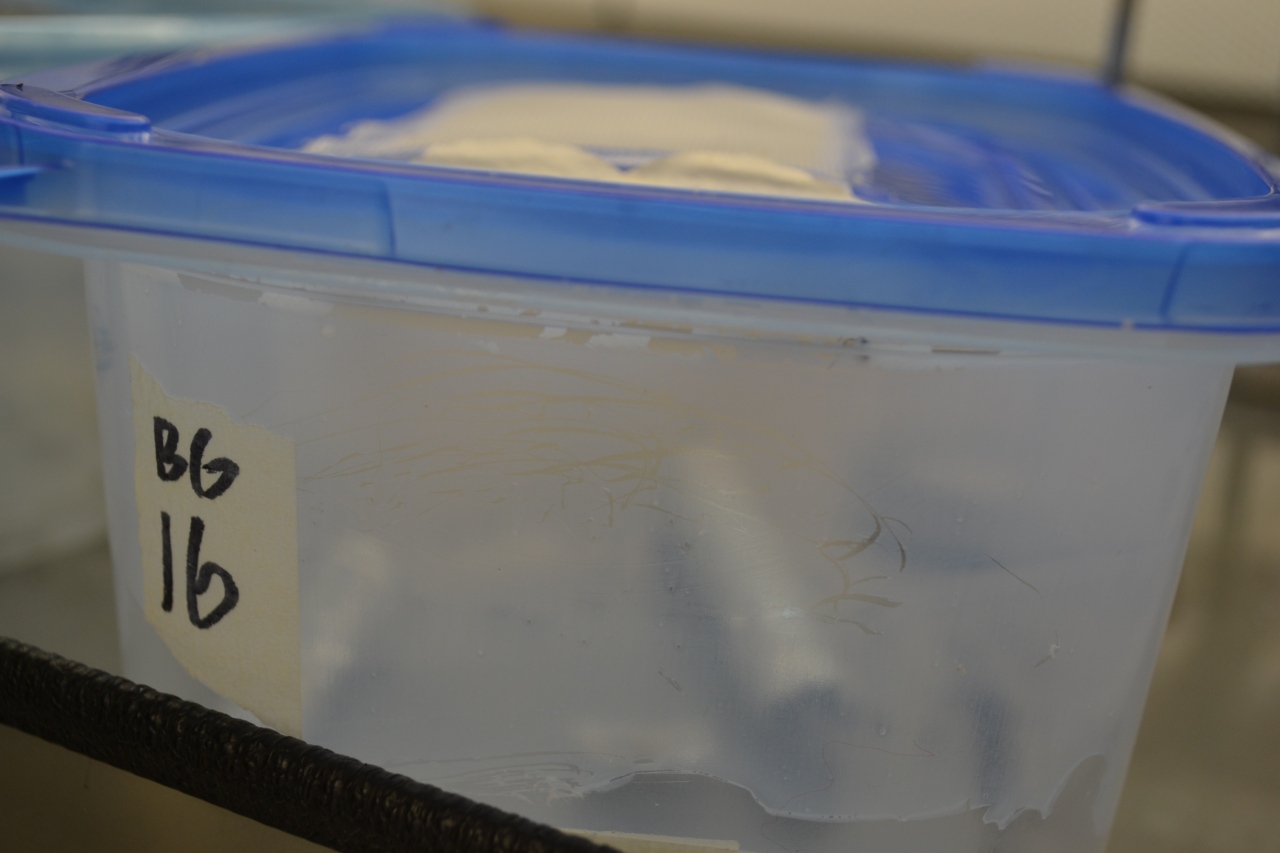 Each of the colonies is kept in one of these containers. The ants are fed regularly, and make their new nests in the tubes shown below. 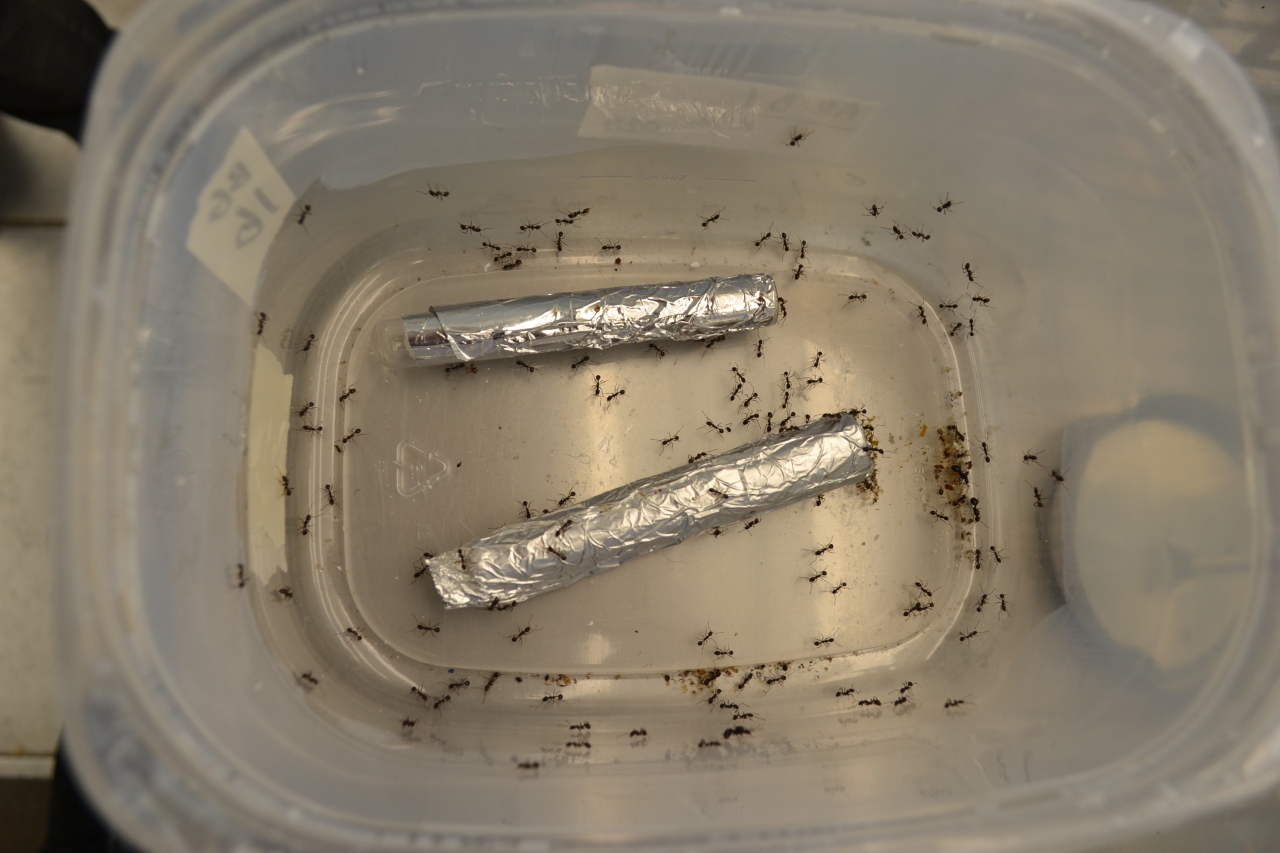 We downloaded the photos and divided the pictures into grids and counted all the ants outside the tubes. 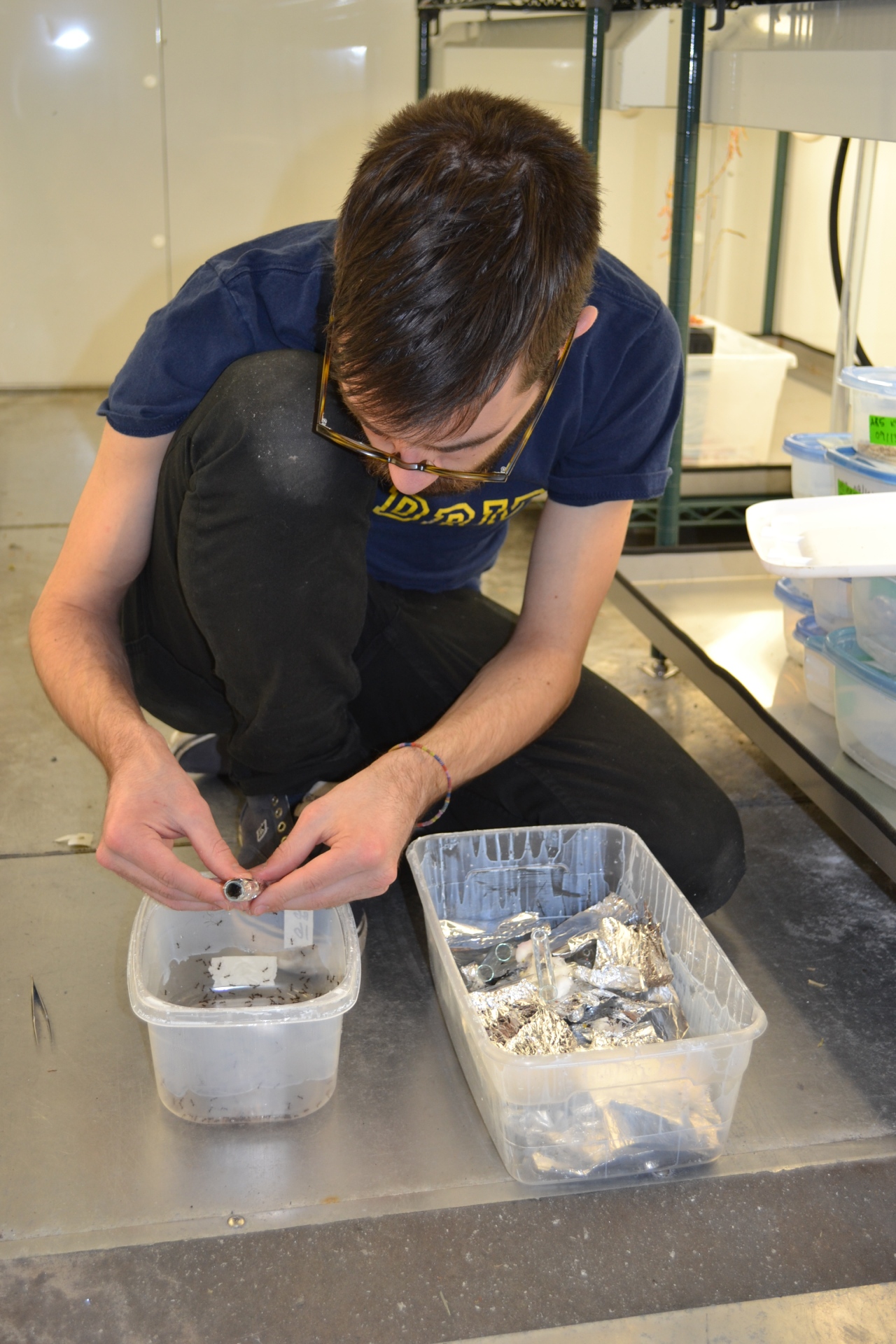 Then, all the ants in the tubes, including the queen and the brood, are put into the container. Another photo of the container is taken and, again, the photo is divided up into grids and the ants are counted. 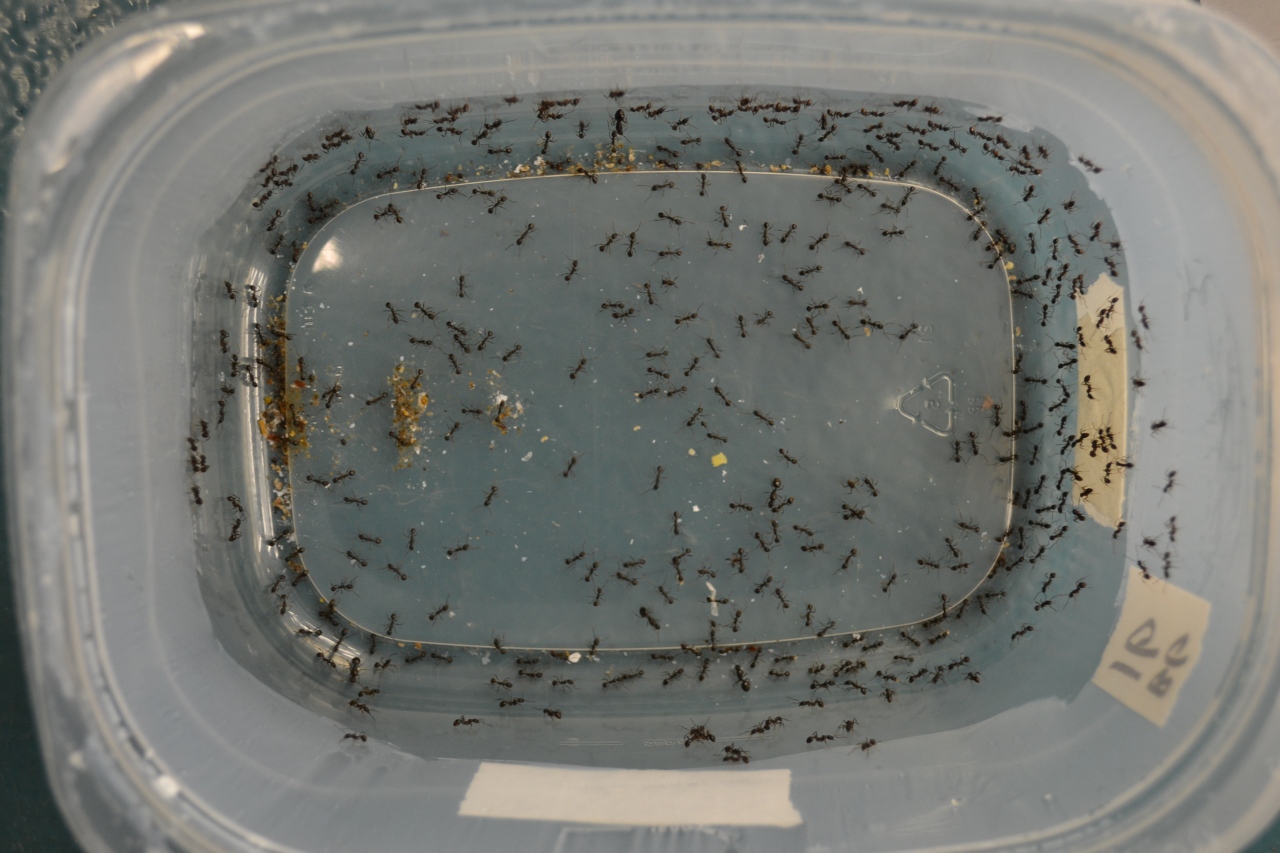 (This is not the best description of this part of my son’s work, or what we did, but I think it’s better to give too little information than misinformation.)

I am not, by nature, a person who could be called scientifically inclined. My son has patiently taught me more about science in the times he has shared his work than I ever learned in school. And just hanging out, well, that’s always time well spent.